RAFINA: an ideal start for your travels

If you are still searching for the most suitable starting point for this year’s vacation, then we have the best solution for you.

For all of you who come from abroad traveling by plane in order to leave for the Cyclades, the fastest way is the port of Rafina. It is a port city located about 25-30km away and east of Athens, the second largest port of the Greek capital after Piraeus.

One of its must-see places is ‘’Ochiro hill’’ where there are hidden behind rusty metal doors and hatches in the heart of the city or in hills and old war forts of German occupiers. In the hill of Panagitsa, Germans during the 2nd WW built trenches, canopies, machine gun bases, and underground concrete bunkers. This municipal area occupies about 300 acres and has an excellent view of the port, the center of Rafina and Penteli. The area is fenced with barbed wire and between the piles that had placed mines. Regardless of that though, it is a very important part of Greek history. 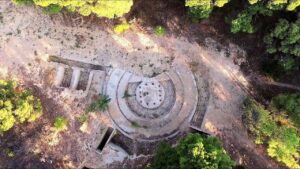 Also, make sure to visit the “House of Triglia”, the city’s Folklore Museum, which vividly recalls the memories, dreams, and hopes of the people of Triglia who shaped the city that exists today. The museum is built in one of the traditional refugee houses that distinguished Rafina in the past, and it focuses on the collective memory through heirlooms and testimonies. 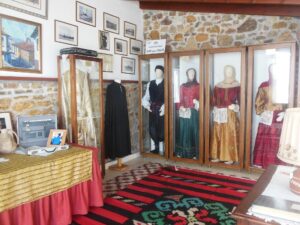 There, you’ll find exceedingly rare images, furniture, and utensils, as well as handicrafts and apparel, all of which help to recreate one of the volatile decades of the twentieth century.

Of course, regardless of its history, most people prefer Rafina for their quick daily summer getaways. Precisely because it is so close to the city center, it is an excellent choice for those who want to discover the immense beauty of Athens, the capital of democracy but also relax at the same time on the beach during their summer vacation.

One of the nearest beaches of Rafina is located one and a half kilometers from the city. That would be Kokkino-Limanaki covered with sand, over which a cliff hangs, and around there are Greek taverns. Surfing is best done at Xinias beach north of the city and it is considered one of the best in Attica and is also covered in sand. The neighboring towns of Vavrona and Porto Rafti, not too far from Rafina, also have splendid beaches, easily accessible.

In conclusion, whether Rafina is your final destination or just the best way to end up on one of the Cycladic islands, it is indeed the best option.